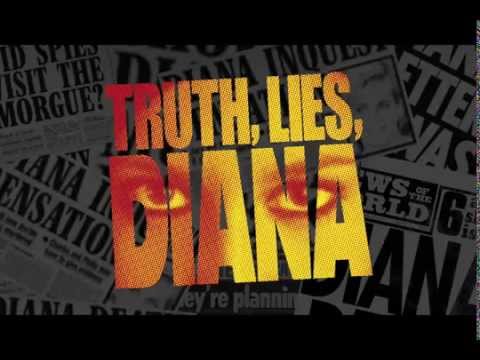 Written by Jon Conway, press material states that Truth, Lies, Diana contains “sensational new information about the death of Princess Diana”. It is described as a ‘factional drama’.

I recently sat down with Terri during a break from rehearsals to discuss what first attracted her to Truth, Lies, Diana, the importance of the story and why it makes her nervous…

When you initially found out about the possibility of being in Truth, Lies, Diana, what were your first impressions?
The thing is, I’m a sucker for a conspiracy theory – I really am. I wanted to get my hands on the script and see what Jon (Conway) had found out. When I read it I was horrified! I don’t live in a bubble but I’m a very happy, optimistic person and I just think it’s really hard to believe that people go to such lengths to cover up this stuff. It opens up a whole can of worms. I’ve never played a character like Gina before so for me that was really enticing.

The play is obviously going to raise a few eyebrows…
I’m not going to lie – I am a little bit scared. I’m nervous because people don’t want to talk about Diana and I think Jon has done a very brave thing; he’s basically saying the establishment cover stuff up and he has proved it. It’s a very brave thing to put yourself out there and say that! I hope that because we live in a democracy whoever the powers that be allow this story to be told. We have a right to know that this is what goes on. I get that some of this is for our own benefit, and I respect and applaud that. I read a lot of crime books and so on but had no idea that this was going on, nobody seems to touch on it.

What have rehearsals been like?
Brilliant! I know everyone always says this but it actually is a really nice company. I think everybody just wants to do the project justice. We want to tell the story in the right way and get the message across so people can make up their own minds. We’re not saying ‘all journalists smear people’ or ‘all the establishment are covering things up’. We’re just presenting the facts. This is what really happened and people have to know some of it for their own good. I hope and pray people take it in the way it is supposed to be taken. It would be really sad if people just jumped on it in a negative way. We’ve all got our own brains so we should be able to make up our own minds.

Well I think it will divide people, but everyone will come out with a strong opinion which is important!
This play will absolutely create strong opinions! Theatre should challenge its audience. I’m sure some of the reactions will be bad – I don’t want to read any reviews until the end [laughs] – but I think as long as you’ve evoked a response then you’ve done your job. Just don’t come with somebody who doesn’t like to dissect theatre because it’s fascinating and you’re going to want to get stuck in!

“We’ve all got our own brains so we should be able to make up our own minds.”

You’ve done a lot of work on screen, is it nice to be doing more theatre?
For me theatre is still quite a new area, a lot of my experience is in TV and film. I still feel like a kid in a sweetie shop, the rehearsal process is so amazing. Jeremy (Scott Blaustein, Associate Director), is bloody brilliant. I have worked with a lot of directors, but he’s so on it. He’ll say something small and I’ll just think ‘oh my god’ because everything clicks into place. I’m loving it – I am so excited to be back on stage.

Do you get nervous?
My nerves are terrible! But I get more concerned if I’m not nervous. When I did The Vagina Monologues by the end of the run I wasn’t getting nervous at all and I didn’t like those performances. You need a bit of fire in your belly! Actually as performers that’s what is addictive; when you’re on telly it’s not the same. Don’t get me wrong I love telly and it’s like putting on an old pair of slippers, but when you do a twelve hour filming day you don’t get the same adrenaline that you get with theatre.

Are you enjoying your time at the Charing Cross Theatre?
I had never been to the Charing Cross Theatre before but it’s beautiful! I’m delighted! I’ve done the Finborough which is incredibly intimate, that was my first ever play and I couldn’t believe that the audience were nearly on my lap! It was in the round so there was no escaping. Then I’ve played the Manchester Opera House which is so big you can’t feel anything from the audience. I have to say, creatively I do prefer the smaller venues because you can feel the audience. I feel very lucky to be able to do this; it’s just so different to anything that I’ve done. It’s exciting!