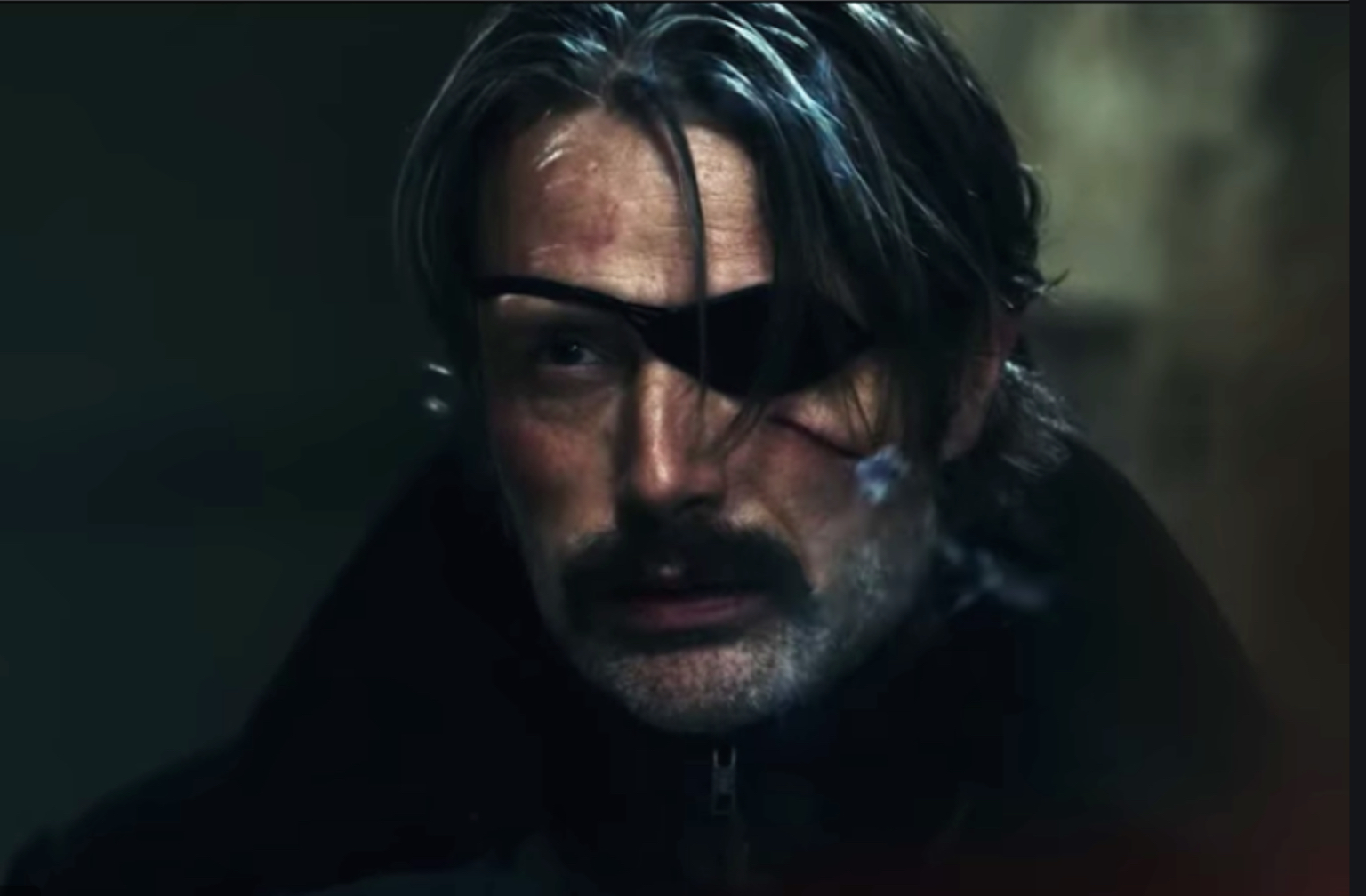 Polar is a 2019 action film based on the 2012 webcomic. The film is directed by Jonas Akerlund and stars Mads Mikkelsen, Vanessa Hudgens, Katheryn Winnick and Matt Lucas. It was released on Netflix early in 2019.

Mikkelsen plays Duncan Vizla aka “the Black Kaiser” the World most dangerous assassin. He’s preparing for his mandatory retirement at the age of 50. Having paid the maximum pension fund contributions (stick with me!) over his career, he is due a massive pay out. They don’t want to pay and think bumping him off is a better option. How wrong they were!

Mikkelsen as expected, does the brooding hitman very well. In fact, he’s fantastic – not only believable but delivers in the drama department. The problem with this movie is all the other characters (with the exception of Hudgens!) they are so far-fetched and cheesy and it feels like a cheap B movie when they are on screen.

I love comic book movies so it’s definitely not that, I just think Matt Lucas was so completely miscast and his side kicks just can’t pull off that comic book style that the likes of Ryan Reynolds did in Deedpool. They were over the top, outlandish villains, hamming it up in every scene.

The shots of the snow capped mountains and beautiful scenery make for fabulous cinematography and the colour palette is stunning, but every time these villains were on the screen I felt like I was watching a completely different movie to the one Mikkelsen and Hudgens were in.

I came away from this film feeling very sorry for Mikkelsen and Hudgens, the are a World class above the rest of the cast and I’m sure were disappointed with how the final film ended up.

It’s still worth a watch, just be prepared for sea of blood and gore!