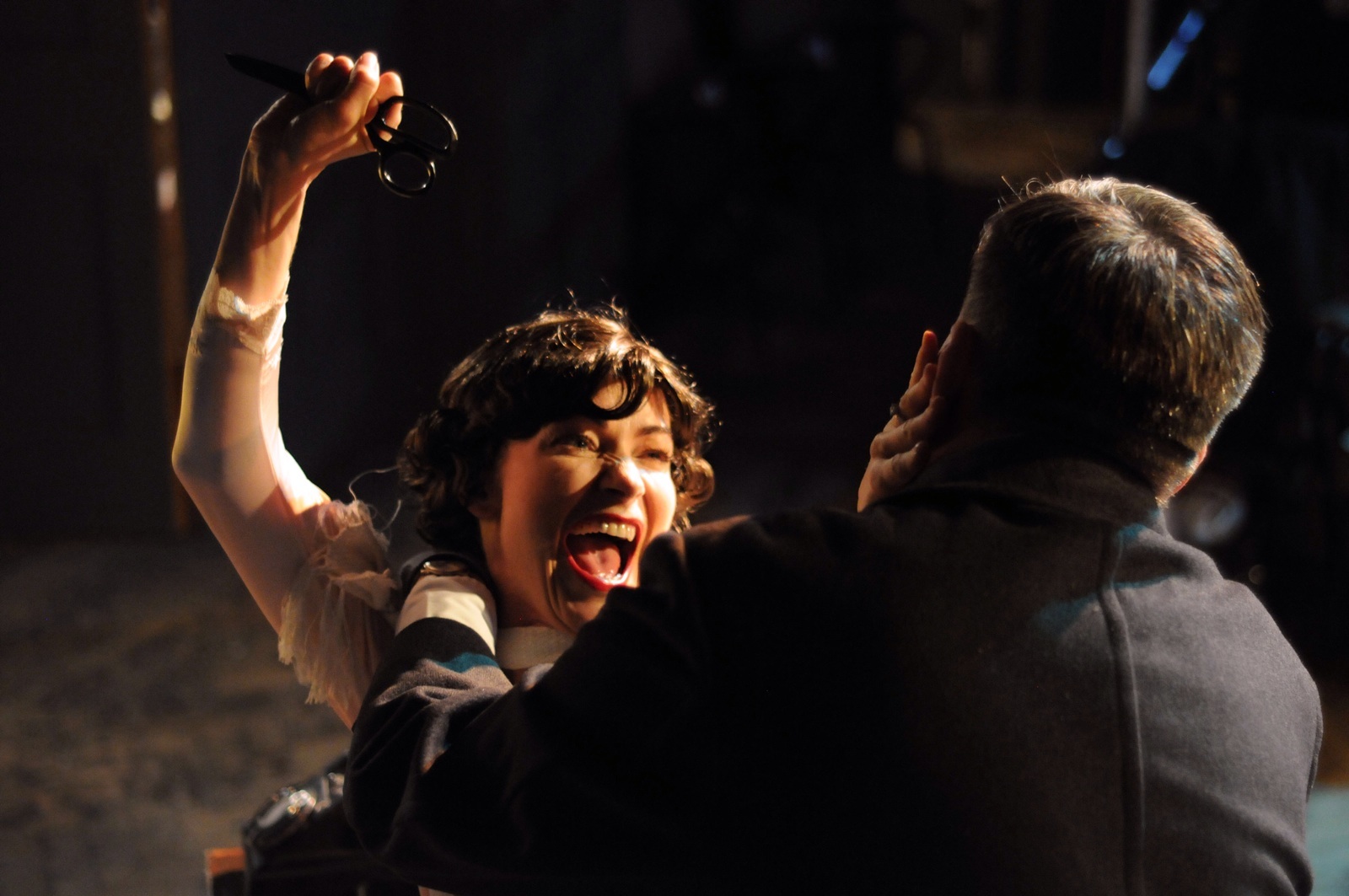 Dial M for Murder is a play, on which the 1954 American detective film of the same name – directed by Alfred Hitchcock – was based. The screen version starred Ray Milland, Grace Kelly, Robert Cummings and John Williams and the screen and stage play’s were written by English playwright Frederick Knott.

Tony Wendice is an ex-professional tennis player, married to socialite Margot. She began an affair with American crime-fiction writer Mark Halliday, which Tony secretly discovered. After blackmailing an acquaintance from his school days, Tony begins to blackmail him into murdering Margot. After a lot of discussion, the friend agrees and Tony explains an elaborate method which, naturally, doesn’t work out exactly as he planned. The story sees Tony covering his tracks, framing Margot and, eventually, getting his comeuppance.

There was a slight amount of hesitation entering the theatre this evening. So many ‘straight’ plays are murder mysteries at the moment and many of those revolve around relatively similar storylines; a whodunnit that’s so see through it may as well give you the answer at the start of the first act. However Dial M For Murder is different.

For once, the plot isn’t about who killed who – we know that, and the motive, from the get go – but rather the story around that and one man’s efforts to stay squeaky clean. With slightly alternate characterisations on stage, Terri Dwyer (Hollyoaks) takes the lead role of SheilaWendice and shows a terrific range of emotions that make her so much more than a ‘soap actress’. She took the material in front of her and gave a superb portrayal of a woman who’s dragged from pillar to post, sentenced to death and then reprieved and clearly doesn’t know what to feel! Alongside Oliver Mellor (Coronation Street) as Tony, the pair are a solid and reliable duo with real chemistry and a believable relationship that makes for comfortable viewing.

Marcus Hutton (Brookside) takes the role of Max Halliday – a man so consumed by affection for Sheila that we see him convinced of her innocence. Using every trick in his novelists compendium, he tries to find another answer to the riddle of who killed the potential killer. Will he solve it? Can he convince Inspector Hubbard or will his attempts to save the woman he believes is innocent, fail?

Dial M For Murder is at Wolverhampton Grand until Saturday.