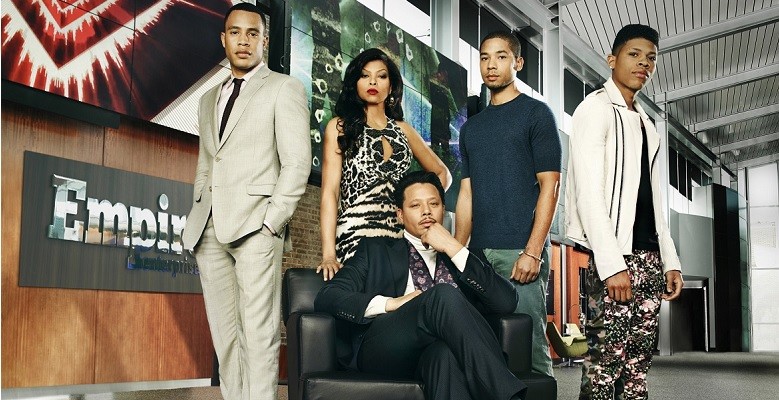 America’s biggest new TV show which has been described as a “black Dynasty” did not disappoint.

It centers on a hip hop music and entertainment company – Empire Entertainment. Which provides a rich back drop of incredible music by uber-producer Timbaland.

In the 5wks since it premiered on Fox it has pulled in a very cool 11.5 million viewers. It’ll be very interesting to see how it fares over here as it does seem ripe to tap into a forgotten audience but are the British viewers ready for this? Well I certainly was!

The drama is created amongst the members of the founders family.

We learn early on that Lucious Lyon, a former drug dealer turned hip hop star and CEO of Empire Entertainment is dying. He announces to his three sons that he will groom only one of them for succession-let the battle commence!

My favourite character so far is the fabulous Cookie Lyon – Lucious’s outspoken ex-wife and mother of his three sons. She’s a rough diamond, returning from a 17 year stretch in prison for drug dealing. She walks into Empire announcing she’s “come to claim whats rightfully hers!” Oh how I clapped my hands at the anarchy that will undoubtedly unfold.

The three sons are all wonderfully different – the eldest has bipolar, is very educated and power hungry.
The middle son – gay and a hugely talented singer/songwriter.

And then the fame-obsessed youngest son who is a hip hop star on the rise.

And all this after just one Episode on E4! Roll on next Tuesday at 9pm.