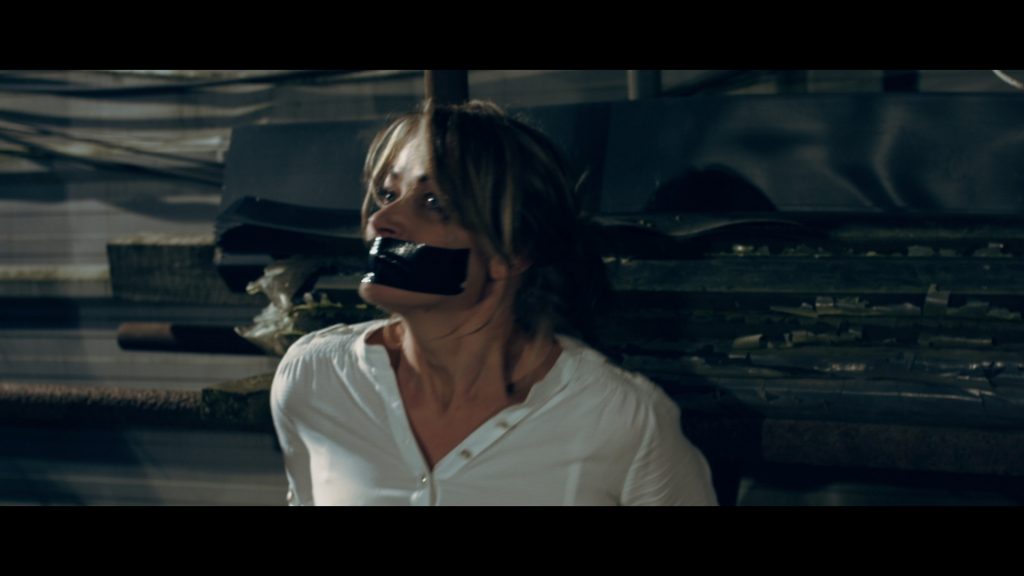 FORMER Hollyoaks star Terri Dwyer features in a tale of revenge that will be released on DVD later this month.

The Wirral actress, producer and television presenter plays Charlotte in Hooligan Legacy – a film she describes as “a revenge story with a big heart”.

Directed by Nicholas Winter and producers Lucinda Rhodes and Jeet Thakrar it is the tale of Ronnie, Jimmy, Jack and Chris – no strangers to crime – who execute a daring football stadium robbery.

But the group is threatened when its leader becomes paranoid and begins to self-destruct.

Years later and after a stint in prison, villainous leader Ronnie is unrelenting in his path to retribution.

He wants his years back and will stop at nothing to get revenge.

Terri (pictured, above) – who played Ruth Benson in Hollyoaks from 1995 – 2001 – told the Globe: “It’s a revenge story with a big heart, and with a twist that no-one expects.

“I’m at the age where I wanted to play more mature characters, and this film gives me the perfect opportunity to do that.

“I loved playing Charlotte. The cast is amazing and we had a lot of freedom with the script.”

It was directed by Nicholas Winter and produced by Lucinda Rhodes and Jeet Thakrar.

Terri continued: “I don’t think there would be a continuation for me if a sequel was made for the film, but the production company has expressed an interest in working with me again.”

As well as acting, Terri has also turned her hand to television presenting, with stints on Loose Women and as a host on home improvement show 60-Minute Makeover.

She has also produced a number of plays, including her latest about the Aberfan disaster, when more than 130 people, mainly children were buried by a coal slag heap at Aberfan, near Merthyr Tydfil in Wales in 1966.

She is also working on film projects with former Hollyoaks co-stars Nick and Tom Pickard.

On honing her skills behind the camera on back stage, Terri said: “In America, it’s more common for the talent to get behind the camera, and it’s something I’m very keen to develop further.”

She moved to Wirral – where she lives with husband, the TV and film executive Sean Marley and their sons Caiden and Kylan – 10 years ago.

“It’s a lovely place and I can’t imagine bringing my children up anywhere else.

“I work a lot of the time in London and it’s very accessible. I can jump on the train and get there in two hours ”