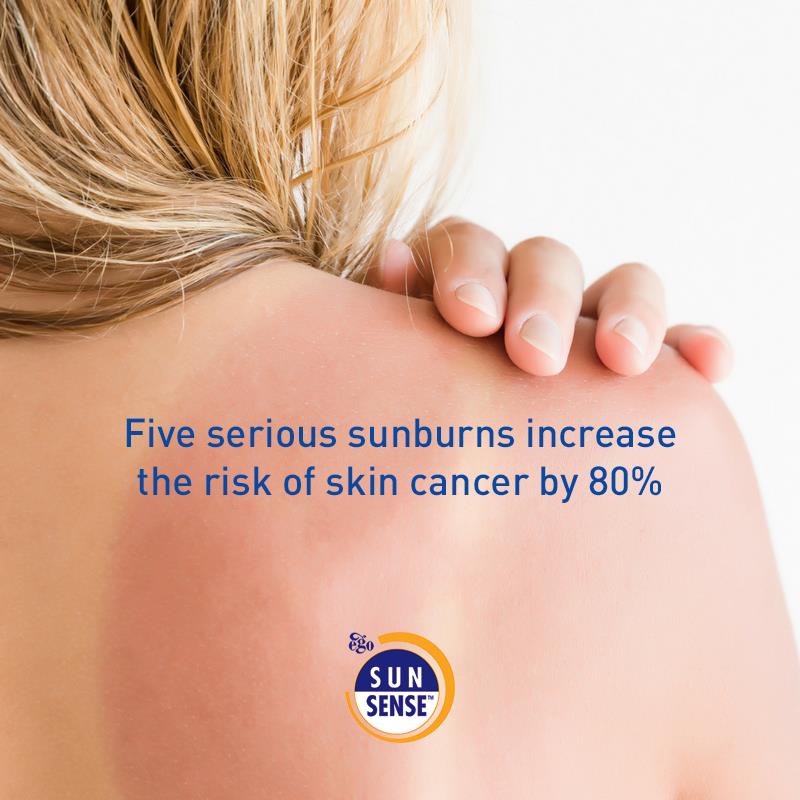 Skin cancer survivor Terri Dwyer has shared a shocking image of the damage UV rays have done to her face as she reveals she is going through another health scare.

The former sun worshipper has twice been diagnosed with malignant melanoma and now has concerns about a mole that’s recently changed shape.

The ex-Loose Women star, who made her name playing barmaid Ruth Osborne in Hollyoaks, believes her cancer was caused by using sunbeds in her teens.

She is speaking out to warn others about the dangers and has backed a campaign calling for the UK Government to follow in the footsteps of Australia and ban sunbeds.

Terri, 44, told MailOnline: ‘I had a sunbed at home when I was 18. Then after that I was always bronzing myself on holidays abroad and didn’t always wear sunscreen.

‘The dangers of getting bronzed isn’t something you worry about when you’re young. I wish I could go back and have a word with my younger self.

‘Doctors can’t be 100 per cent sure, but they have said it’s very likely that my use of tanning beds caused my cancer.

‘It took around 30 years of campaigning the ban to come into force in Australia so it’s not going to happen overnight.’

Terri, who lives in Cheshire with husband Sean, feared the disease would rob her sons Caiden, 11, and Kylan, seven, of their mother and said she is extremely grateful her cancer never spread.

Melanoma – which is mostly caused by exposure to ultraviolet (UV) light from the sun and sunbed use – is the least common but most dangerous form of skin cancer.

When caught in its early stages, it is almost always curable with surgery, but when it metastasises – that is, spreads to other areas of your body – it is notoriously difficult to treat.

Terri now has check ups every three months and is very careful to get any changes in her moles examined.

She said: ‘I try not to be paranoid but I do check them out and my husband keeps an eye on them too.

‘I have noticed one that looks a little suspicious and I will very soon be getting myself to the doctor to get it assessed.’

Terri’s cancer ordeal began in spring 2014, shortly before she was due to go on a family holiday to Italy.

She said: ‘I’ve always had lots of moles on my skin but one on my back was giving me concern so I went to my doctor.

‘I thought I was being silly and probably wasting her time but she was no-nonsense about it and said this needs to be removed.

‘I’d had a couple removed in the past but they’d turned out to be nothing to worry about, so I suggested we wait until I came back from my holiday.

‘But she was very strict in saying, no, this needs to come off now, today.

‘When I got back I was told it was malignant. They told me I had stage two cancer, which means it’s localised but could have spread via the lymph nodes.

‘I burst into tears. The c-word is terrifying. Nobody thinks it will happen to them.’

Terri had a tense wait for weeks before it was confirmed the cancer hadn’t spread.

Then last year, she had another mole removed, which again to her shock turned out to be melanoma.

‘It was terrifying to get it twice. It highlights the importance of getting any small change in moles checked out.’

The ordeal was all the more painful because Terri had lost both of her parents to cancer at a young age.

Terri’s mother Doreen died at just 44 of ovarian cancer, which spread to her lungs and lymph nodes. Her father Tony died aged 50 of stomach cancer.

‘When I was naively tanning I never thought that one day I’d be fighting skin cancer and worrying about leaving my children motherless,’ she added.

Campaign for a sunbed ban

Terri is backing the ‘Tan Ban UK’ campaign by sunscreen brand SunSense, which has launched a petition to challenge the government to ban sunbeds in the UK.

It’s hoped it receives the 100,000 signatures required for the topic to be discussed by Parliament.

The company argues that the statistics alone should provide enough reason to introduce a ban.

A person’s risk for melanoma doubles if he or she has had more than five sunburns, according to researchers from the University of Erlangen-Nuremberg in Germany.

Individuals who have used tanning beds 10 or more times in their lives have a 34 per cent increased risk of developing the disease compared to those who have never used tanning beds, found a study published in the Journal of American Academy of Dermatology in 2014.

Furthermore, using a tanning bed before age 35 increase the risk of melanoma by 75 per cent, research reported in the International Journal of Cancer found in 2006.

Dr Fabrizio Spada, research and development manager at SunSense said it’s shocking that some people see using tanning beds as a way to obtain a ‘base tan’ before further unprotected sun exposure.

‘As long as sun beds are available to the public, there is a need for guidelines and legislation to reduce the risk associated with their use,’ he said.

‘By reducing solarium use, future cases of skin cancer can be significantly reduced, along with the associated disease, health care costs and, in some cases, death.​

What is melanoma and how can you prevent it?

Melanoma is the most dangerous form of skin cancer. It happens after the DNA in skin cells is damaged (typically due to harmful UV rays) and then not repaired so it triggers mutations that can form malignant tumors.

Removal of the melanoma:

The patient can decide to use a skin graft if the surgery has left behind discoloration or an indent.

This is needed if the cancer reaches stage III or IV. That means that the cancerous cells have spread to the lymph nodes or other organs in the body.

Terri joined her friends and husband for the star studded James Milner Ball on Sunday. The…

The Tommy’s Awards celebrate individuals - family members, friends and health professionals - who have…