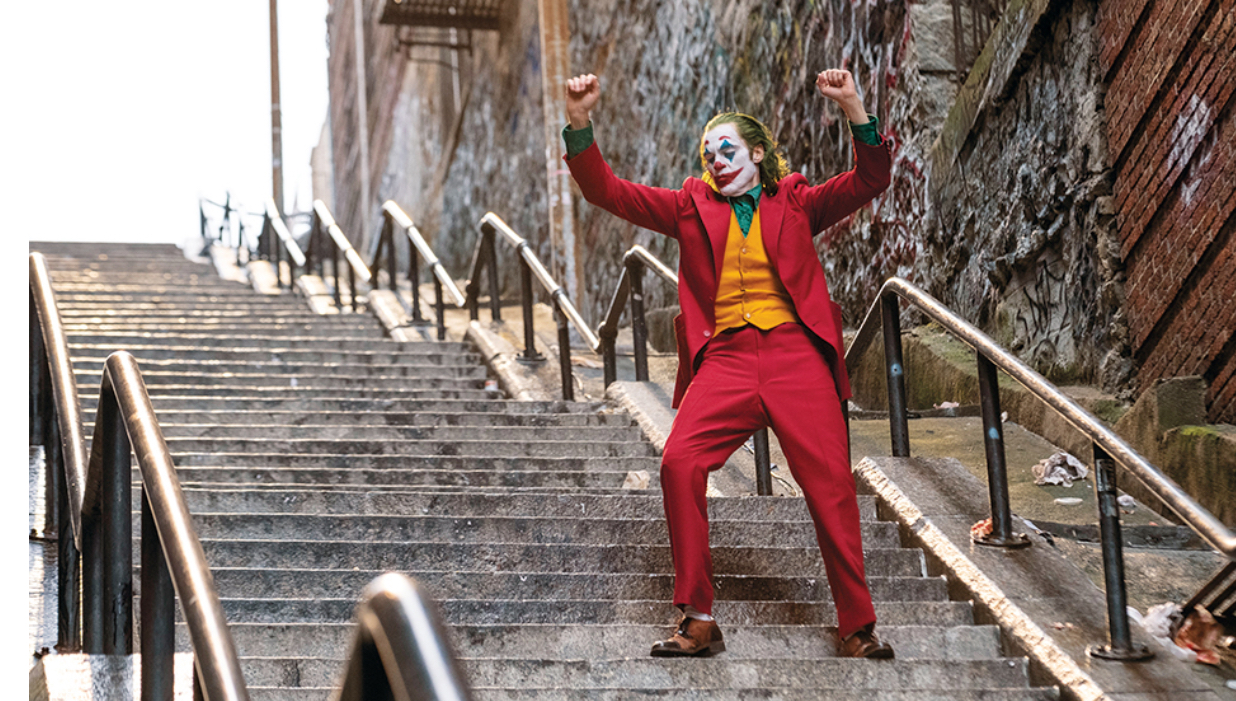 I love anything DC and Marvel. I am a sci fi, superhero geek. The Joker was something I kept trying to go and see and then life got in the way as it usually does – with two children, a puppy, work and a hubby – it that order!

I was pensive going into the cinema to catch the last showing of The Joker. Delighted I got to see an Oscar winning performance by the mesmerising talent that is Joaquin Phoenix on the big screen, but I didn’t want anyone to take away the crown that belongs to Heath Ledger. But, the two performances are poles apart, and in telling different times of the life of Arthur Fleck, they were incomparable.
What I really wasn’t prepared for was the dark and at times, very uncomfortable viewing of an intricately crafted, gritty World created by Todd Phillips. Never before has a superhero film portrayed just how bloody awful as a society we react to mental health – I felt ashamed to be human.
Now, back to that performance, wow! Just wow! The laugh, the walk, the way he dances and moves and the comedic timing – yes, there are a few laughs! Joaquin Phoenix is a World class actor and if he doesn’t lift that Oscar, then he’ll have been robbed.
This film is disturbing and entertaining and a must watch by superhero fans and film fans alike. But be warned, you may need to adjust your settings before you press play as this is far from your normal serving of a superhero film.