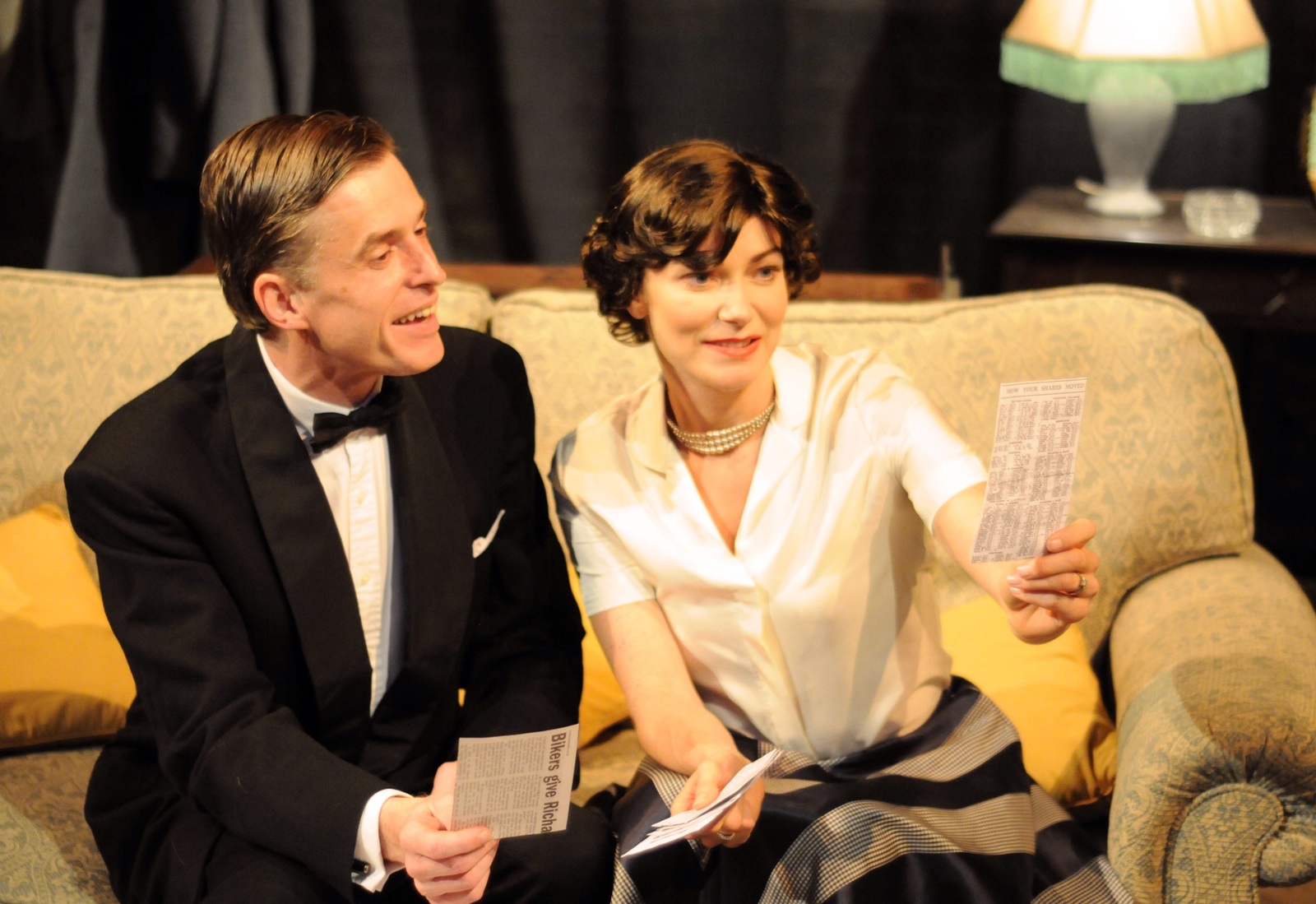 Well that much we know. Dial M for Murder isn’t your usual murder mystery. Written by Frederick Knott in 1952 and later adapted as a Hollywood screenplay by Hitchcock, this play bares resemblance to the mysteries of Agatha Christie, but instead of questioning who committed the murder, we’re left guessing who will get the blame for it.

Tony Wendice was happily married to Sheila. Or so it seemed. Sheila’s lover Max Halliday has returned from a year long stay in New York to the news that Sheila has been blackmailed by someone who has knowledge of her affair with Max. She is totally unaware that her husband knows all along and is playing his own mischievous game. Tony expertly constructs a blackmail plot to murder his wife, but when it all goes wrong, who gets the blame?

Dial M for Murder – perhaps Knott’s most publicly recognised play has a unique plot. The story is very well structured with various twists and turns as you’d expect a play with a murder to have, while maintaining a sense of dramatic irony at times. In comparison to other mysteries of this nature, it perhaps lacks a compelling edge. The storyline keeps you engaged throughout, but there appears to be a lack of execution on the fine details of the plot, making the outcome at the end of the play seemingly inevitable.

The set resembles an upper class, old-fashioned house, similarly in line with those we see in most murder mysteries. While nothing spectacular, the clever use of atmospheric lighting and jazzy music to signal a time-lapse between scenes is effective. The music as a whole is very well chosen, including appropriate historic music during the pre-show and interval which captures your engagement with the tense story that is unfolding. The only issue from an audio point of view was a lack of clarity and impact from the sound effects, the sound of doorbells and the phone ringing aren’t clearly heard or believable.

The cast as a whole are superb throughout. Their projection levels are perfect, even in a smaller venue. Oliver Mellor as the manipulative Tony is fantastic in portraying the evil innocence we see of him throughout. His smiley and bubbly personality around his wife and her lover is countered by the sincerity when constructing the audacious murder plot.
Terri Dwyer shares the emotional tribulations that Sheila is suffering throughout the play very well as she balances between initial uncertainty and guilt before falling into a state of panic as the drama unfolded. John Hester is very believable in his role as Inspector Hubbard and provides a touch of comedy to proceedings with his unpredictable remarks and use of dramatic pauses.

Overall Dial M for Murder is an enjoyable and engaging play. Despite a predictable ending, there are still enough twists and turns throughout to maintain the much needed tension in a murder mystery. It is certainly worth a watch if you get the chance.