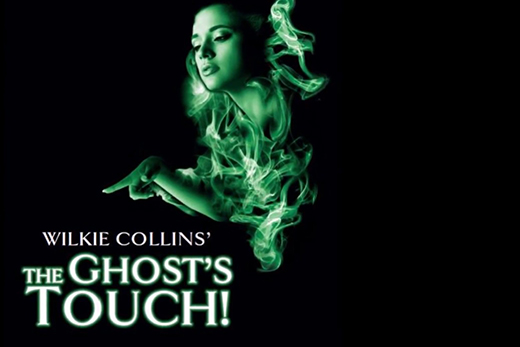 Widower Stephen Rayburn’s young daughter Lucy runs back to him from the woods in Kensington Gardens. He can see that she’s frightened. “Is it the dog?” he asks. “It’s not the dog,” she answers. “It’s the lady … I think she might be mad!”
The ghostly woman Stephen meets leads him into a web of lust and revenge that reaches out from beyond the grave.

“the haunting (in Wilkie Collins’ THE GHOST’S TOUCH!) continues to haunt
the audience long after they have left the theatre” (Thanet Gazette)