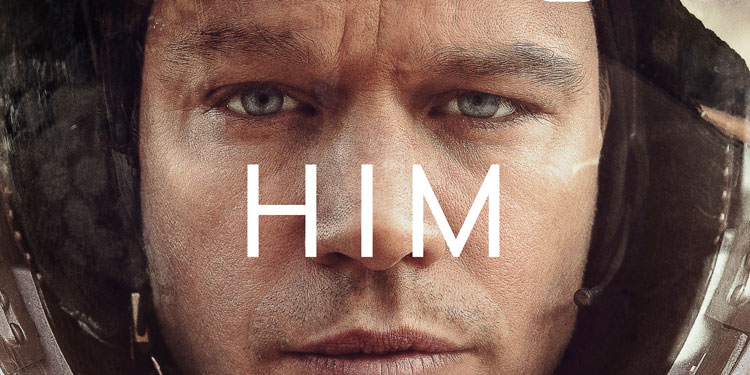 Ok, so Ridley Scott’s had a few films take a nose dive in recent years – Prometheus anyone? But he surely makes up for it in his new film Martian, starring the very lovely (yes I did see him recently!) Matt Damon. Now, I’m still a bit upset he didn’t invite me and my colleagues into his trailer for lunch, but I’ll forgive him for that for the moment, but only because he was so damn good in this film!

Let’s start with what the film is about. Astronauts blast off from the planet Mars, they leave behind Mark Watney (Matt Damon), presumed dead after a fierce storm. With only a small amount of supplies, the stranded visitor must utilise his intellect and spirit to find a way to survive on the hostile planet. Meanwhile, back on Earth, members of NASA and a team of international scientists work tirelessly to bring him home, while his crew mates hatch their own plan for a daring rescue mission.

I’ve got to be honest, I wasn’t keen to see this film. I’m never quite convinced that one person alone can entertain me for the whole duration of the film. Yes, I know, I didn’t realise they would be switching between a whole host of supporting cast which I have to say, are probably among the strongest supporting cast I’ve seen in a film for a long time. But, and a massive but, Matt Damon had me giggling, crying, furious and very concerned for him. I could of easily have just watched him! I think I’d forgotten how funny Damon can be. Maybe it’s been his choice of films of late, I’m not sure. But this is a different side to Damon and one you shouldn’t miss.